Elegy in C Minor for the Victims of Police Brutality 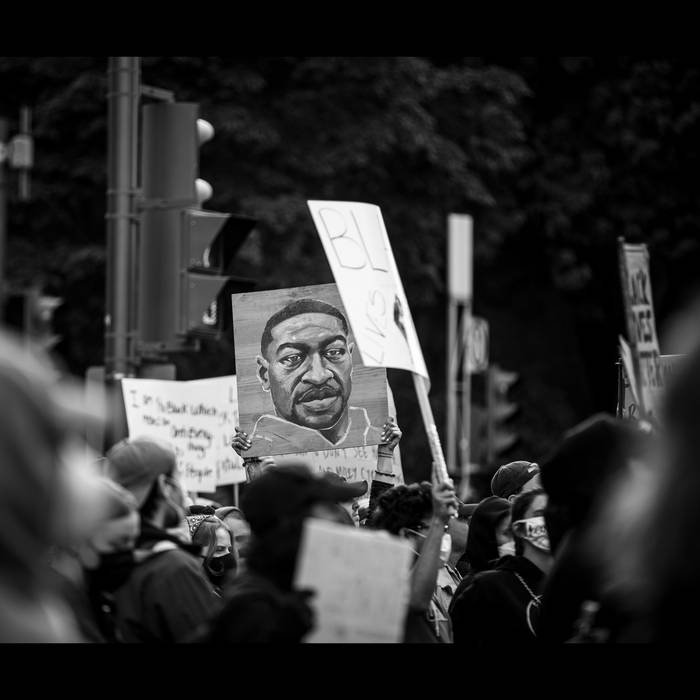 ALL PROCEEDS FROM THIS TRACK (and likely all digital sales of any of my releases this month) WILL BE DONATED TO THE BAIL PROJECT:
bailproject.org

After George Floyd's murder at the hands of a former Minneapolis police officer and three other officers who allowed the incident to occur (whose names should really just default to the Minneapolis PD at large) on May 25, I decided to try to honor Floyd's passing with a version of J.S. Bach's "Komm, süßer Tod, komm selge Ruh (Come, Sweet Death, Come, Blessed Rest)" made by improvised, electronic tone collage. The global response to this incident, compounded with uncountable incidents of innocent Black men, women, and young people, Black Trans people, and People of Color, Indigenous People, and peacefully practicing Religious Peoples, being brutally assaulted, incarcerated, held in custody their rights suspended or ignored, and by the very institutions that were created to protect these communities (our communities), around the world and most notoriously across the United States of America, has shown that we as citizens will not stand for this system of unchecked systemic racism and militarized oppression. Dead and laid to rest is the era where peaceful protests are met with hyper-aggressive walls of riot police, the era of mass incarceration for the benefit of private companies and publicly corrupt politicians and to the detriment of the literal slaves who populate the prison industry's cells, the era where an innocent, unarmed, and compliant human can be killed without consequence. It is my duty as an artist to create in service of the voiceless; and today's work pairs the emotions of despair and tumult with the voices of hopeful yet enraged protesters here in my adopted home of Montreal, in support of those whose voices echo privately through the concrete corridors of detention centers everywhere. Thanks to Elise Legault for contributing her recordings and Jon Yu for contributing his beautiful imagery.

James Baldwin (1960) “The police represent the force of the white world, and that world’s real intentions are simply for that world’s criminal profit and ease, to keep the black man corralled up here in his place... None of the police commissioner’s men, even with the best will in the world, have any way of understanding the lives led by the people they swagger about in twos and threes controlling.”

third knob from the left on the cloud circuit ring mod.
cloudcircuit.net

If you like Elegy in C Minor for the Victims of Police Brutality, you may also like:

Bandcamp Daily  your guide to the world of Bandcamp